On Friday 6th May 2022, the Year 4/5 football team travelled to Bodymoor Heath (Aston Villa's training ground) to play in the Final of the Birmingham School's cup competition. The opposition were Chilcote Primary School, who had beaten us 1-0 in the qualifying competition two weeks earlier.

The game started brightly and we put early pressure on Chilcote's defence. After 15 minutes, we took the lead with a great finish from Oliver. This helped us to relax and 5 minutes later we scored again, Brayden tucking a loose ball away confidently.

In the second half, Chilcote came back at us and it needed confident defending and goalkeeping from Kai, Josh and Charlie to prevent them from scoring. As the half wore on, we started to take control again and scored two more goals from Oliver and an own goal. The referee blew his whistle for full time and we were crowned Champions!

Well done to Charlie, Joshua, Jahan, Frankie, Oliver, Brayden, Kai and Flynn for a brilliant performance. The boys played with great skill, desire and above all respect for the opposition. We won the same trophy back in 2019 (the last time it was competed for due to Covid) so now we have defended our title successfully and keep the trophy for another year. 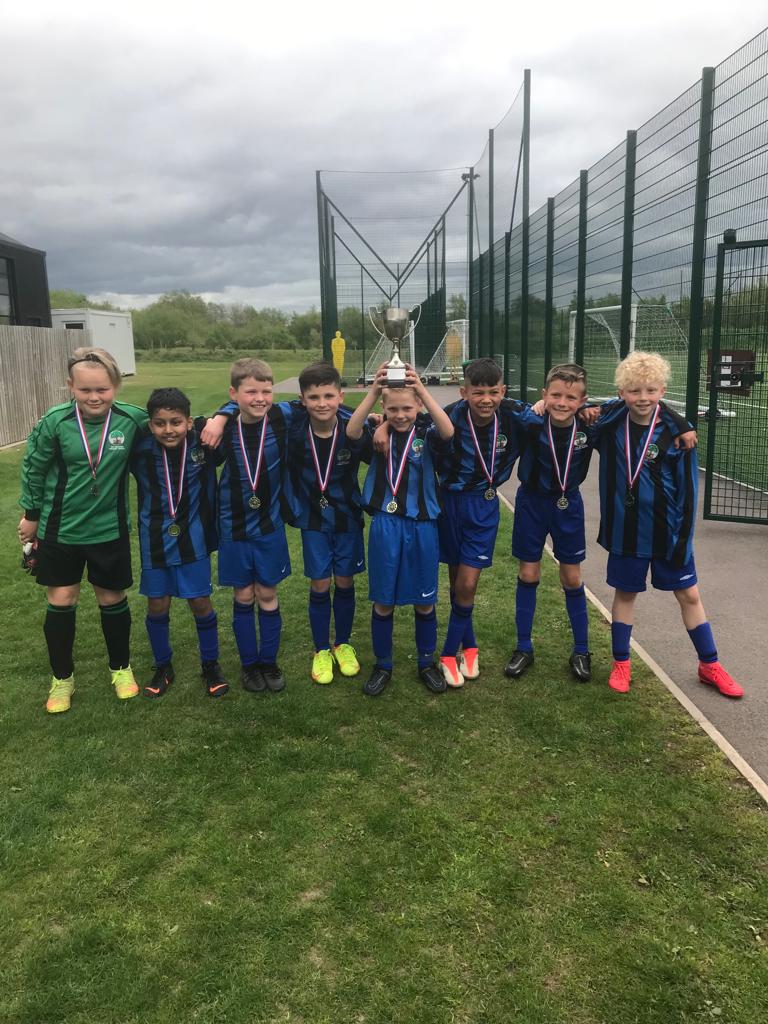